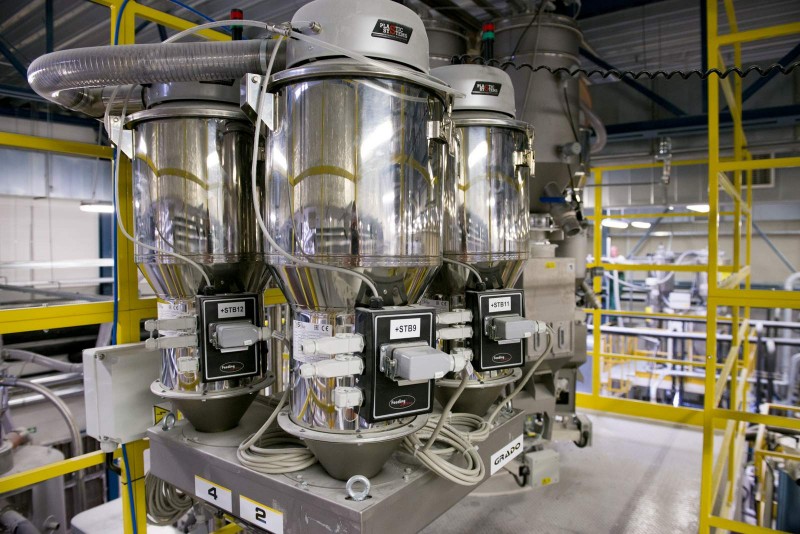 Eurocast company responds to the growing market demand for rigid packaging by investing in a new APET extruder. Installation of a third machine for the production of rigid APET films will help to increase its production capacity by about 40%, which will meet the requirements of customers in the rigid films packaging sector.

The machine can produce films with a thickness of 180 to 1200 micrometers and a maximum width of 1050 mm (and thus, it is ideally suited to the needs of companies dealing in thermoforming). Its manufacturer is an Italian company Luigi Bandera. It is yet another device of this manufacturer at Eurocast factory, and it will allow for maintaining quality at the current very high level.

The new extruder will increase our capacity and help meet the growing demand from existing customers, but it will also get our products to markets inaccessible so far

APET films are becoming increasingly popular as a material for food packaging due to their versatility, the fact that they provide superior product protection and – what is worth emphasizing – the possibility of recovery and recycling.

Majority of the works were completed according to schedule, and the sale of films produced on the new extruder began in mid-August. This investment is a continuation of the investment and development plan of the Company covering the period up to the end of 2018. This will allow to increase the company’s production capacity from 11 to 15 thousand tonnes.  We strive to anticipate our clients’ needs and expectations by increasing flexibility while maintaining quality and service at the highest level – emphasizes Krzysztof Wisniewski.